You are here: Home1 / Climate Project

CO2 compensation is sometimes considered a new form of medieval selling of indulgences. We say: so what? As long as mankind does not succeed in changing its habits and living climate neutrally, CO2 compensation is better than nothing. Our Biospheria project is also a very unique one: Compensate your CO2 footprint, especially in the case of transport and travel, with a donation that directly supports biotechnological projects aimed at saving CO2 in the long term.

How does this work? Just use the Eco Passenger to quickly and easily determine the CO2 emissions of your journey in kilograms and enter the result here:

Based on the proposals of the Intergovernmental Panel on Climate Change (IPCC) to achieve the 2°C climate target, we have set a price of EUR 50 per tonne for 2020, resulting in the following compensation proposal:

You can also choose between our Biospheria projects. As long as we cannot offer a large number of bio-high-tech ventures, we will plant trees. Not anywhere in the world, but in Europe. Here, we can take care of our projects directly. And this is a guarantee: 90% of your donation goes directly to the selected project, 10% is allocated for the non-profit work of the Network. 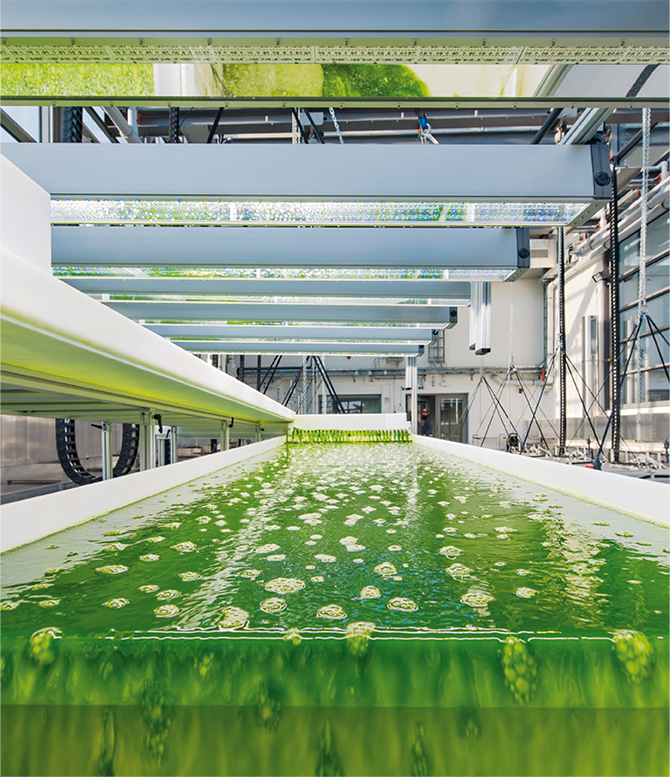 Our first Biospheria project has the explicit goal to bind CO2 with the help of algae and to use the resulting biotechnical products. Microalgae of the species Microchloropsis salina grow in the algae pilot plant of the Technical University of Munich with carbon dioxide from the atmosphere, power plants or exhaust gases from the steel industry as feedstock. Its growth is driven by the world’s largest high-performance LED system. The fatty acid molecules obtained from algae oil can be used to produce biofuel. Kerosene from algae can be used as aircraft fuel without modification or additives. “What we lacked for a long time was a sensible valourisation of the second component of algae oil, glycerine,” explains Prof. Dr. Thomas Brück. This colourless chemical is in demand in the pharmaceutical and cosmetics industries – albeit in limited quantities. If algae kerosene is to be produced on a large scale, a plan is needed on how the quantities of glycerine produced can be used as profitably as possible.

The solution is provided by TechnoCarbonTechnologies. The company’s technology can be used, for example, to produce carbon fibres. Brück identified a way to convert glycerine into acrylonitrile. This chemical can then be polymerised to polyacrylonitrile (PAN), the classic starting material for the production of carbon fibres. These can be used, for example, as corrosion-free armouring for concrete, which thus becomes lighter and more durable. At the far end of their technical life, these carbon fibres and the CO2 they bind could then be stored forever in abandoned coal mines – the once fossil CO2 would be underground again. The process to produce algae carbon is still too expensive, and further optimisation is necessary. The goal, however, is to build a production plant for algae oil-based carbon fibers, preferably in sunny Spain. 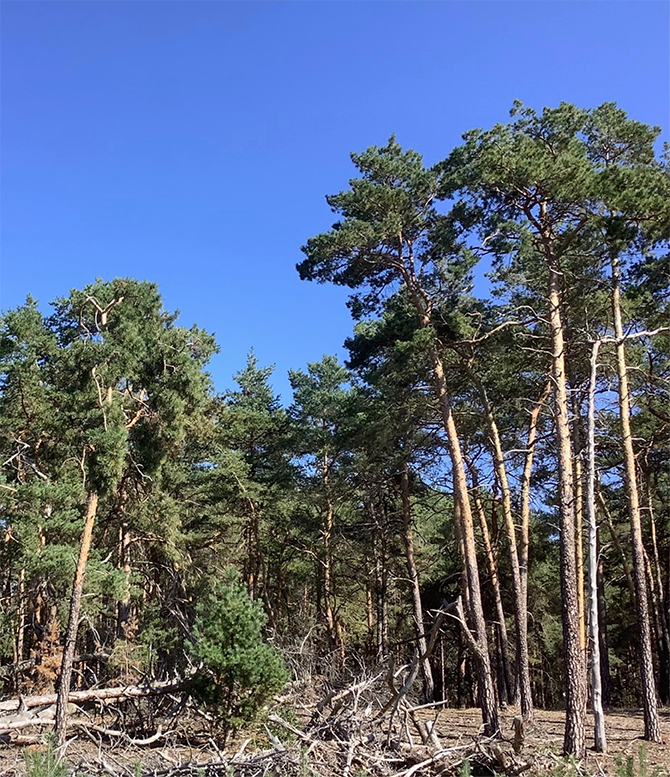 Our Biospheria Project No. 2 is a classic CO2 sink, namely forest. It is located about 100 meters above sea level and is crossed by the European long-distance hiking trail E10, which will at some point lead from the north of Finland to the south of Spain. In Central Europe, it runs from the German island of Rügen to Bolzano in northern Italy.

We have removed a former pine wood plantation from management and are accompanying the forest on its transformation into a natural, sustainable mixed wood land. Careful interventions such as the cutting of small clearings should support and accelerate this natural process. However, it is important that the forest is permanently protected and that the CO2 bound here remains on site as part of natural regeneration. 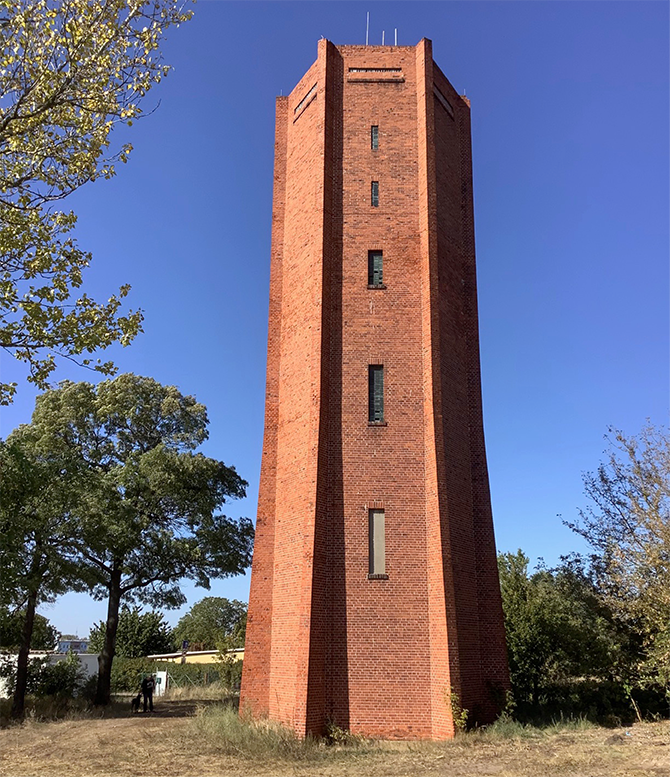 Our Biospheria Project No. 3 is to become our pride and joy and our showpiece. This heritage-protected tower is to become the headquarters of the Biospheria project after its restoration by the owner. Practical climate protection needs not only virtual presence and financial support, but also a physical basis. Since we really want to work with our own hands with hopefully many volunteers, we need a meeting point and a place for the equipment. And a beautiful tower built in 1928 is also perfectly suited as a symbol with recognition value.

Our tower is located in a problematic area. Here, before the fall of the Iron Curtain in 1989, toxic waste landfills were operated on a grand scale, which have now been renovated and renatured on a grand scale for 20 years. A covered domestic waste landfill is located directly next to the tower. We want to create a climate park here, i.e. develop a planting that binds CO2 and at the same time does not damage the layers of groundwater protection deep in the earth. Flat roots instead of deep roots on the top of a mountain – in times of global warming, this sounds like squaring the circle. Nevertheless, we want to try.